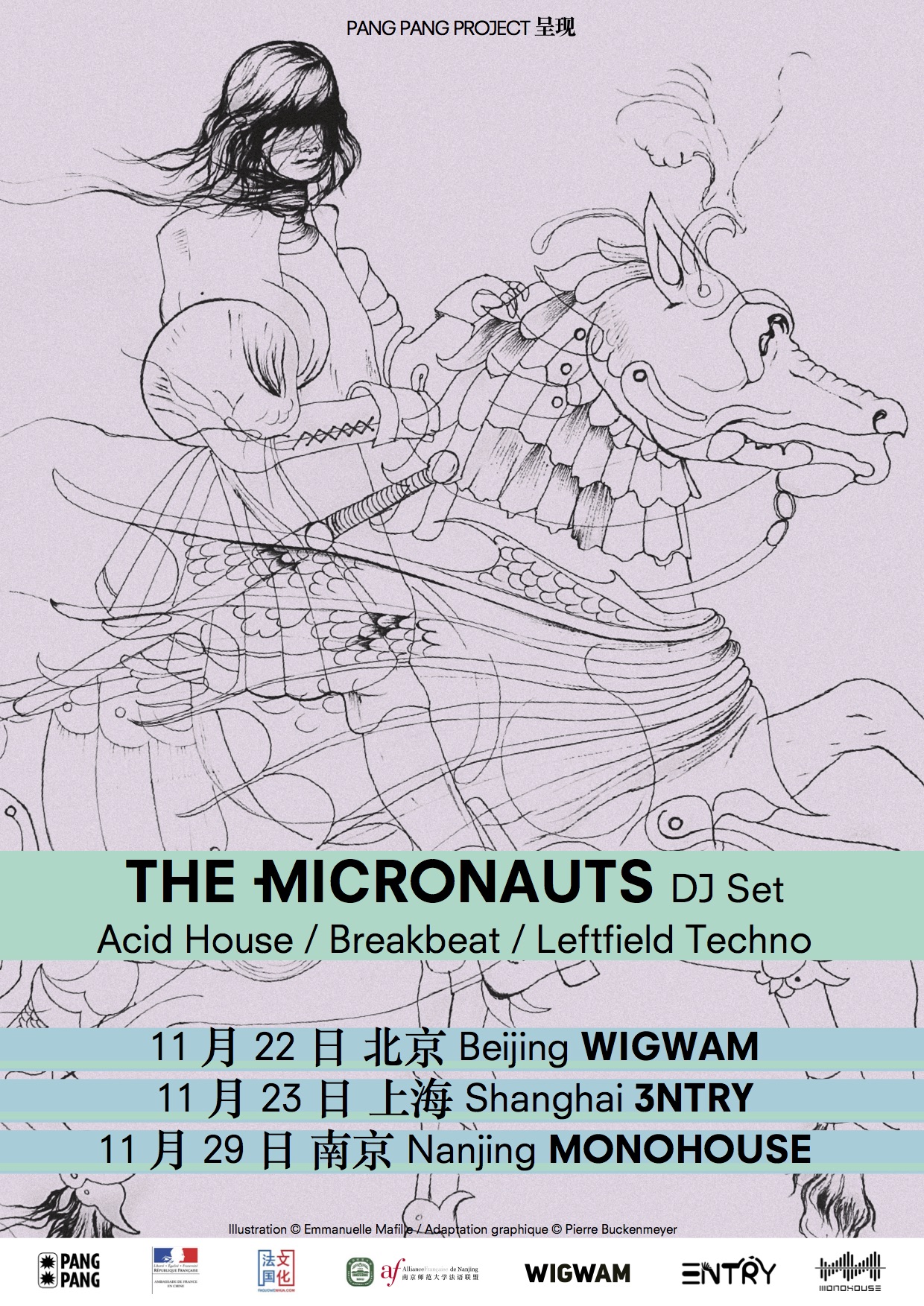 The Micronauts – Techno icon for the first time in China

Techno icon is back ! The Micronauts will be heading to China for the first time. Get Ready Get Down ! 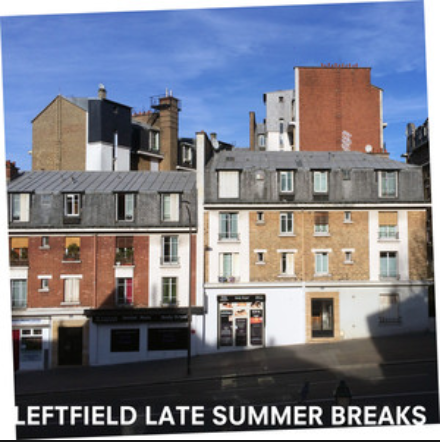 In the meantime, you can listen to the playlist for the latest newsletter from the Micronautics label, with favorite non four-on-the-floor electronic music from 2019 so far, including “Dirt (nomenklatür Remix)” from its new EP, Head Remixes.

Get to know more about The Micronauts

Summer is getting really hot, best option would be to do as the guy above, lay down on a chair, or lenghten in a lake (even better) and listen to music.
Last time, we’ve talked about french electronic pionner The Micronauts, I have fresh news coming !

Its latest video “Polymorphous Pervert”, was nominated for the Berlin Music Video Awards 2019… In the “Most Bizarre” category, as it should!

French journalist and writer Jean-Yves Leloup, curator of the Expo Electro at Paris Philharmonie did some research about the origin of electronic music which was published on the SACEM website. He recorded four podcasts where he interviewed a selection of french composers, amongst others The Micronauts, alongside with Francois Bayle, Philippe Laurent and Zanov. If you understand french, go listen to it here ! 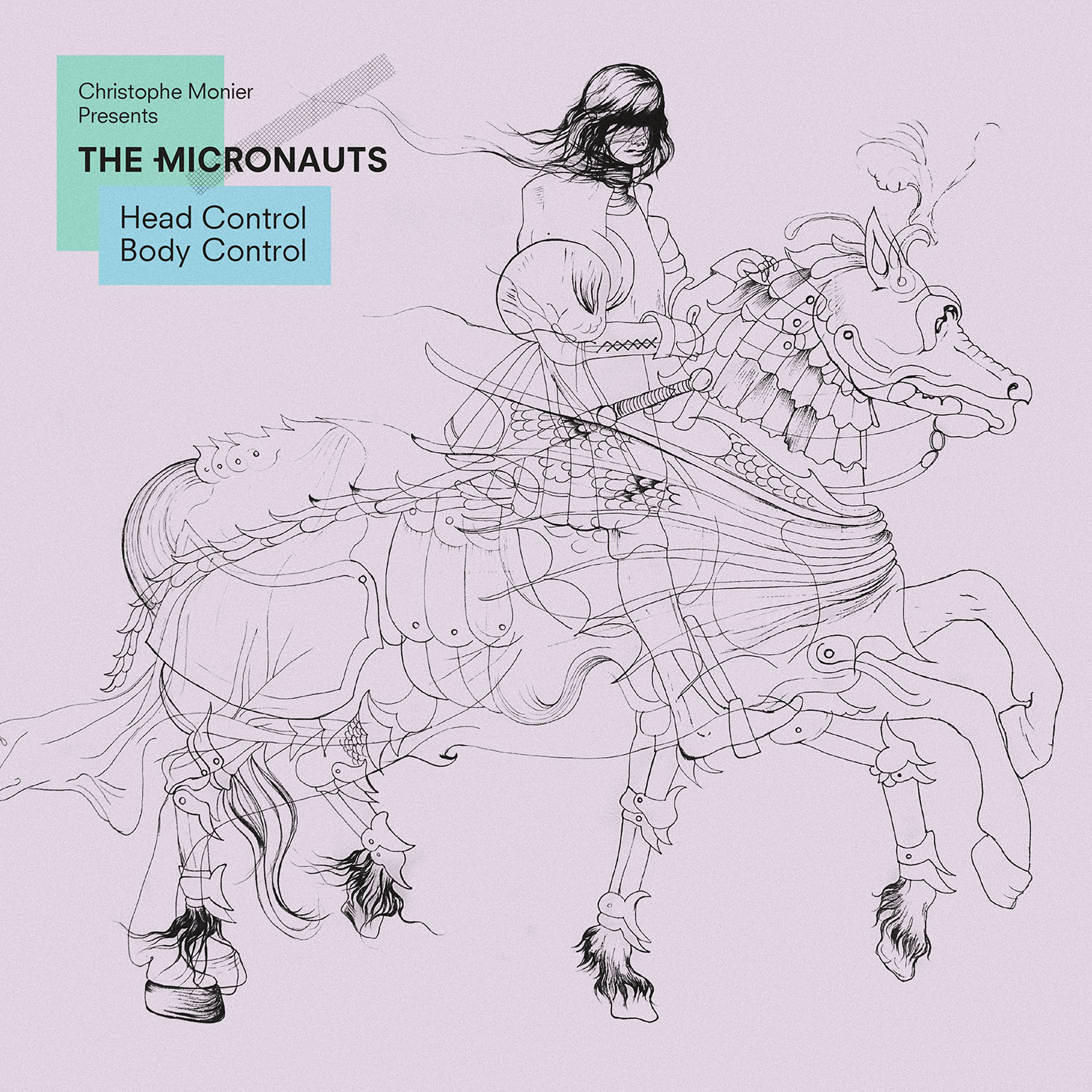 The Micronauts is the leftfield techno and acid house project of French DJ and producer Christophe Monier.

His new album “Head Control Body Control” is a flawlessly produced and utterly engrossing multi-genre project, drawing influence from his long journey through the electronic music scene and taking cues from both sonic pioneers and current innovators.

Bold, inimitable, highly personal and yet universally relevant, it is a truly stunning achievement, and one that will surely stand among the best electronic album releases of 2018. 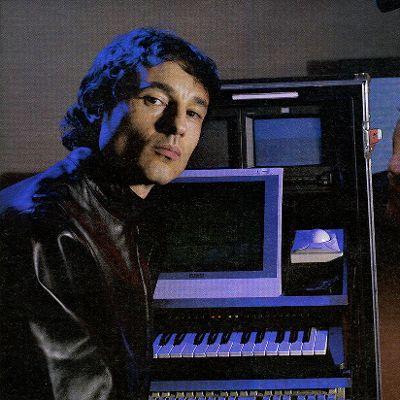 A founding member of eDEN – the legendary collective, first French fanzine dedicated to house and techno, and inspiration for Mia Hansen-Løve’s recent feature film of the same name. 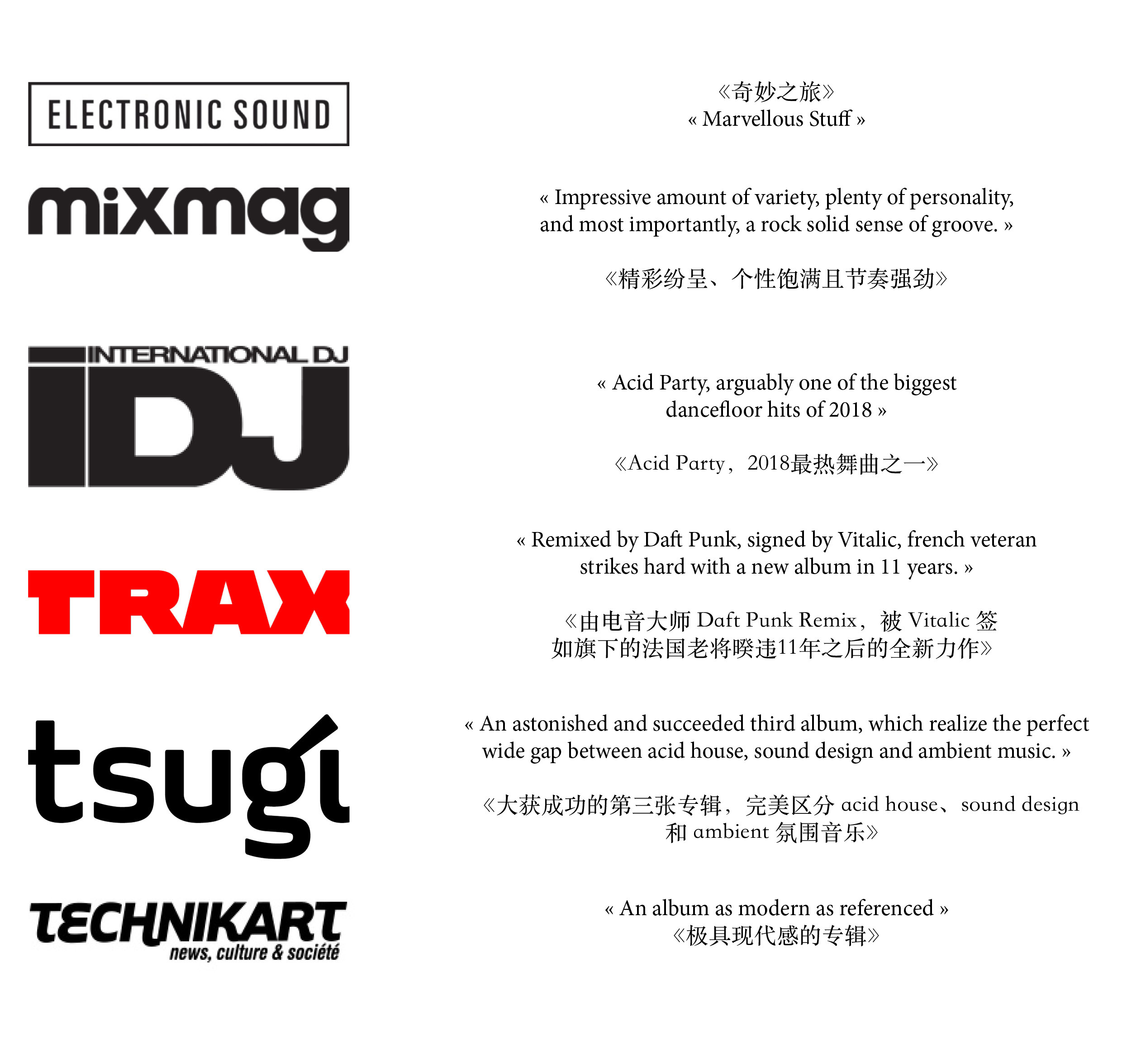 Time as come to announce the Marc Melià China Tour !

For those who still don’t know him, he was member of the famous pop band Lonely Drifter Karen, which had toured several times in China.

Belgium synthfreak will embark on a 8-cities-tour that starts in Beijing on May 30th at DDC. For its first solo show in China, he will be supported by local electronic classical pop band AEM Studio.
Recently back from SXSW 2019, AEM gain notoriety after performing with nothing less than Ryuichi Sakamoto himself in Beijing.

Another vibrant band will share the stage at Yu Yin Tang Park with Marc Melia in Shanghai on June 1st, The Mirrors 解离的真实, an experimental / psychedelic rock trio, seeking for big dreams made of virtuality and reality. 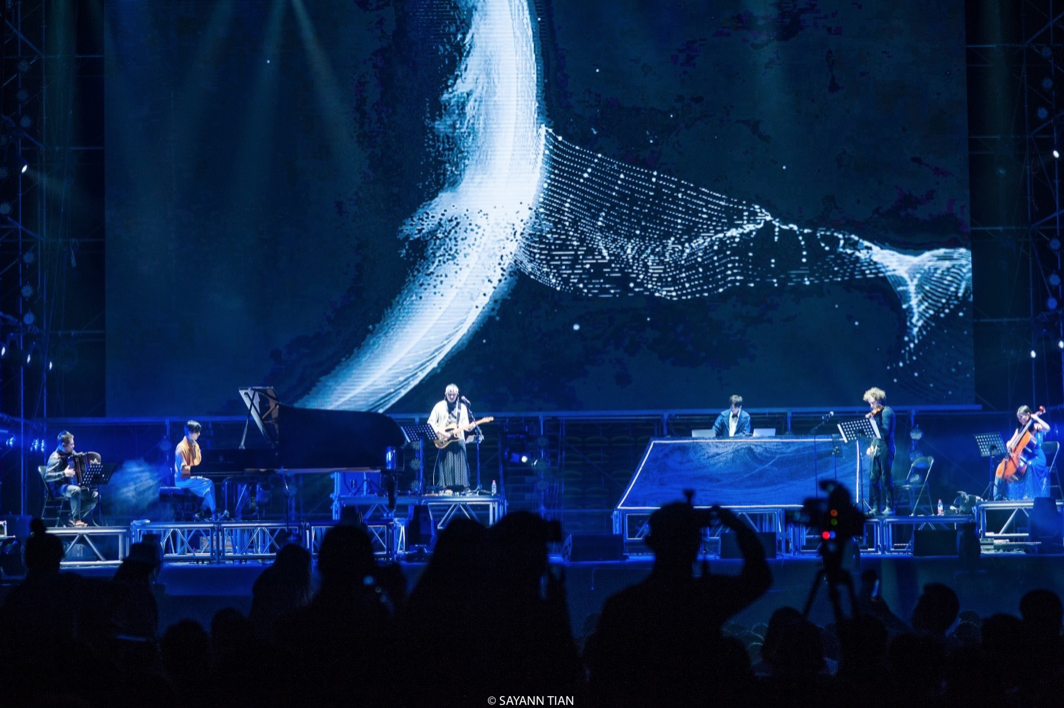 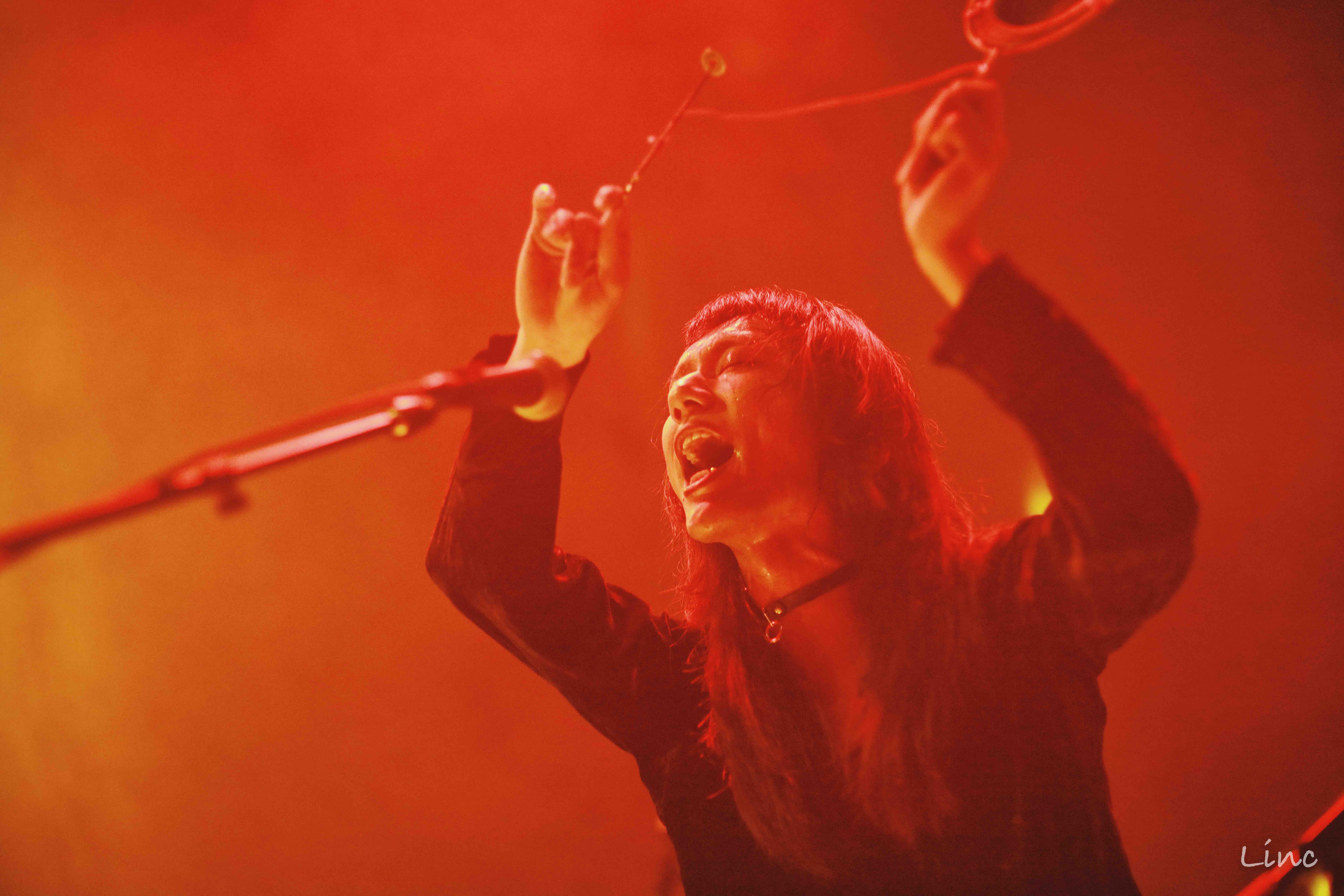 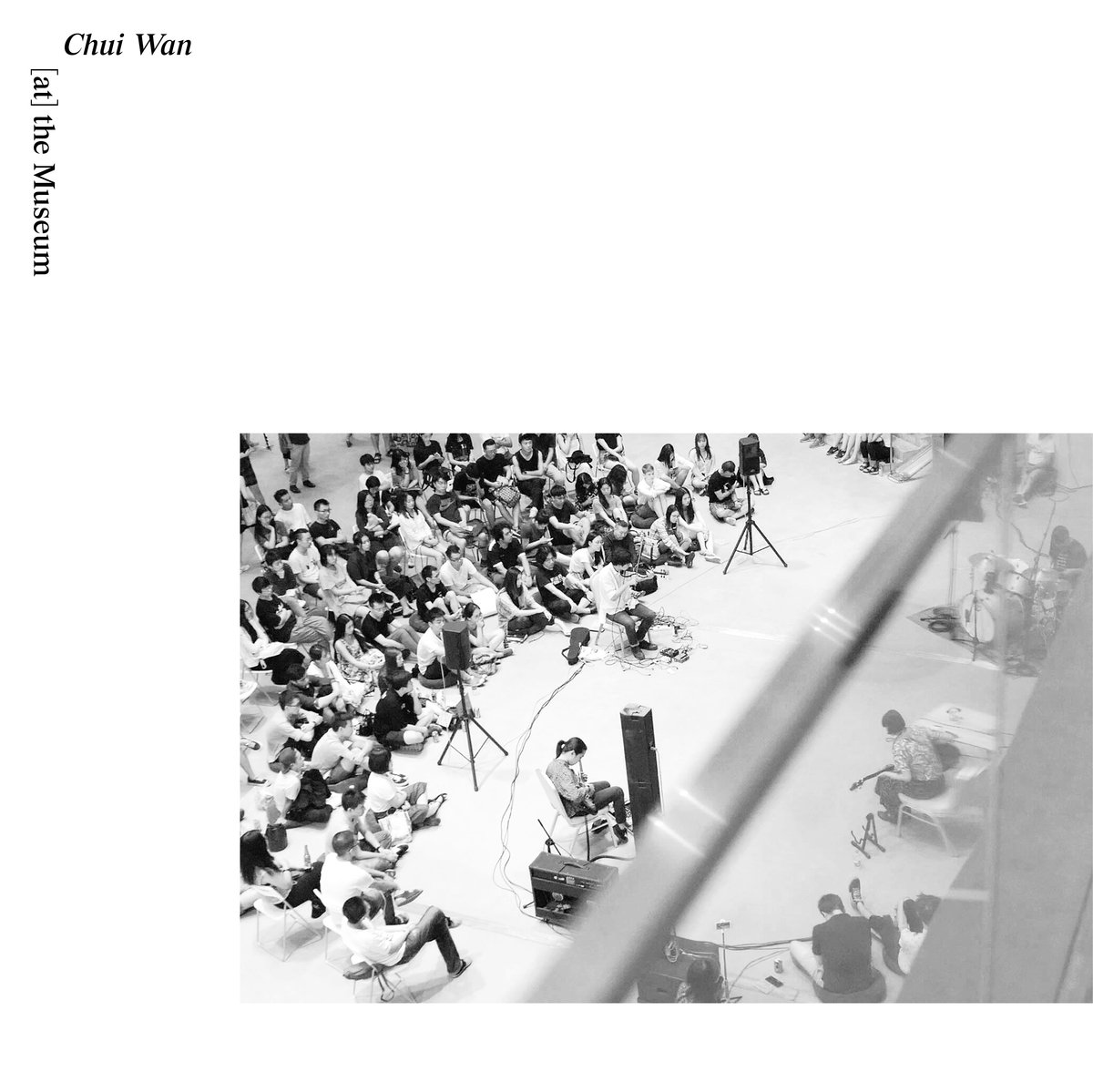 Wish you all a Happy New Year of the Pig
Full of Happiness and Prosperity.

After watching “The Soul of Shaolin” during the Spring Festival Gala on CCTV and eating 3 days in a row to celebrate the New Year, Pang Pang is coming to deliver you an inspired music played with an infinite love :
Marc Melià‘s new album《Music For Prophet》naturalises what is synthetic, humanises what is robotic and looks for the beauty in sounds that by nature are cold and emotionless.
So listen, relax and let your brain give in to your sense of delight.

Marc Melià is a Majorca born composer and musician who currently lives in Brussels. For the last ten years he has been composing, producing and playing music in several bands including the pan-european trio Lonely Drifter Karen.

Music For Prophet, his first solo album, is part of the new born tradition of the repetitive music composed by sensitive robots for the humans of tomorrow.

The protagonist of the album, from where all the mystical loops, giant statues of arpeggios and the big variety of electronic landscapes post-Kraftwerk are born, is called Prophet 08, an already mythical synthesizer. 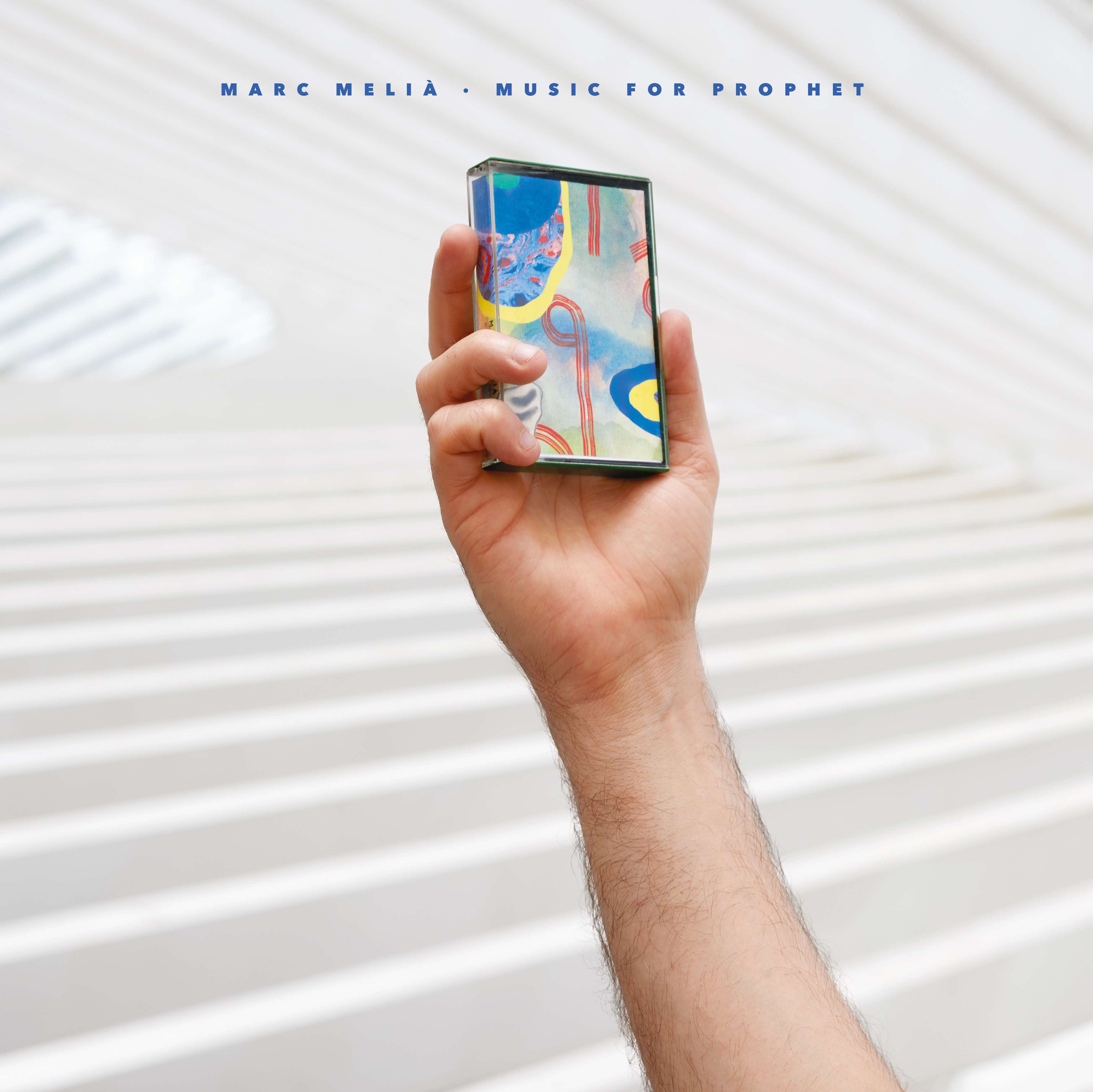 For any press inquiries, interviews or articles, please contact :
任何问题、采访和文章报道相关事宜，请联络

Jacques doesn’t speak chinese, but he has been deeply influenced by the language after touring twice to this country. It would probably have been the same with other languages, but unfortunately we didn’t spend enough time there.
We decided to start by translating some interviews that Jacques did on the road into chinese, so that people could understand his music and the guy behind it. Now we will share with you all those videos, one by one.
Find bellow an interview shot by french-german TV channel Arte. 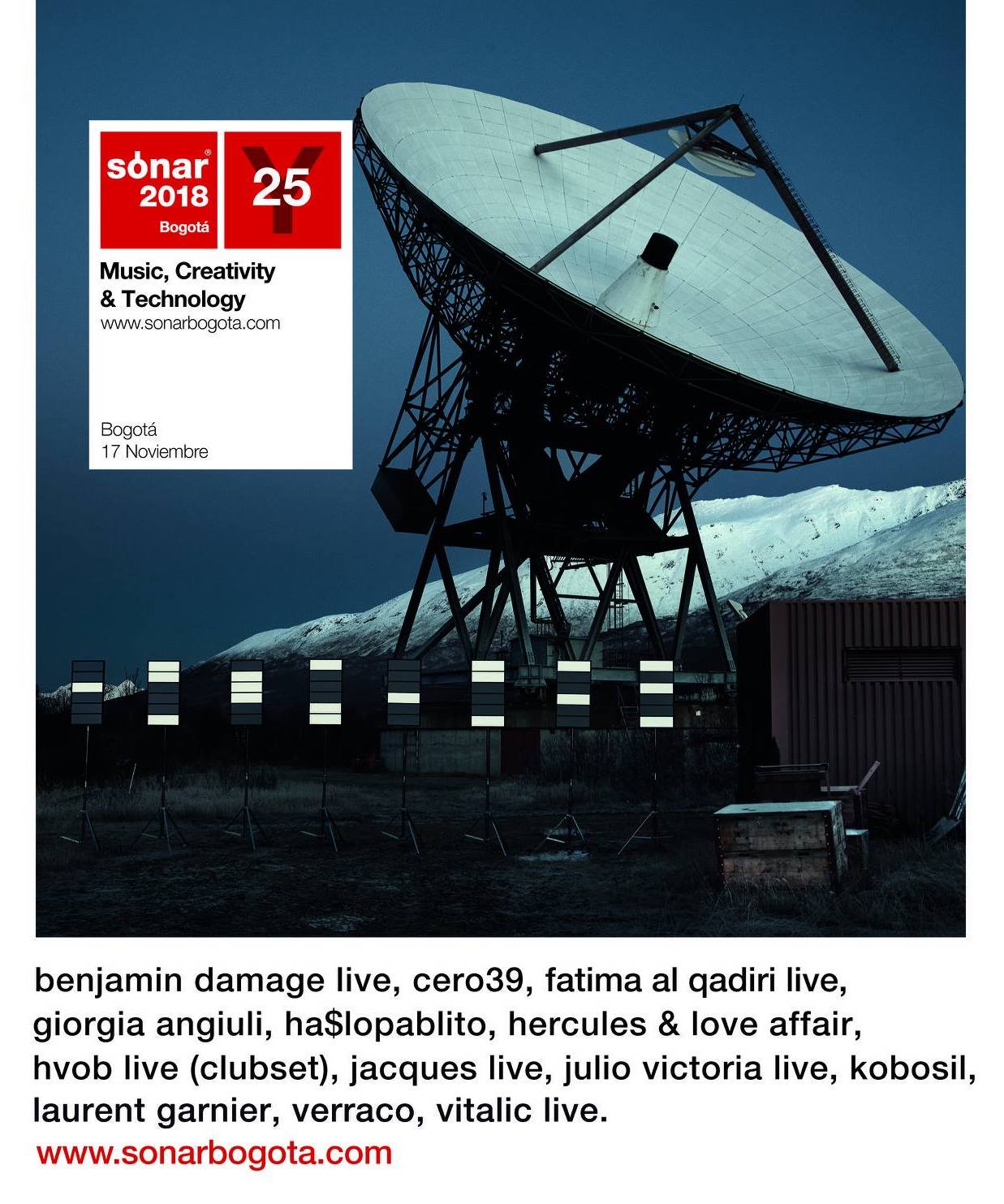 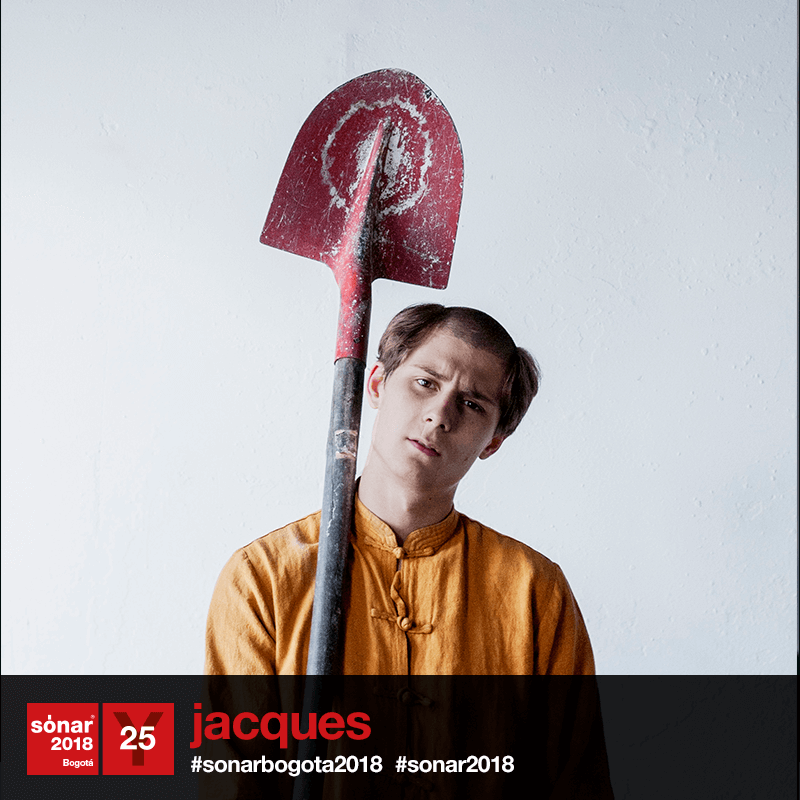 After a fantastic 9 cities tour in Asia early 2018 through Japan, Korea, China, Taiwan, KL and Sónar HK, Jacques is now embarking to South America for another workshop and a series of concerts, among others, Sónar Bogotá, alongside with Laurent Garnier, Vitalic, Hercules & Love Affairs… 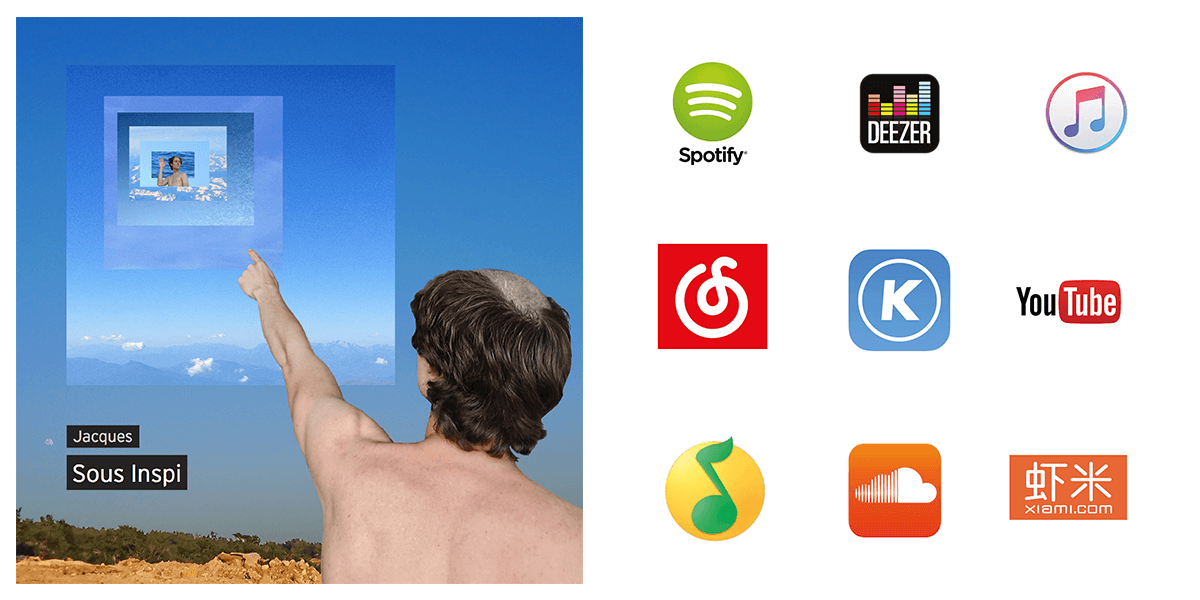 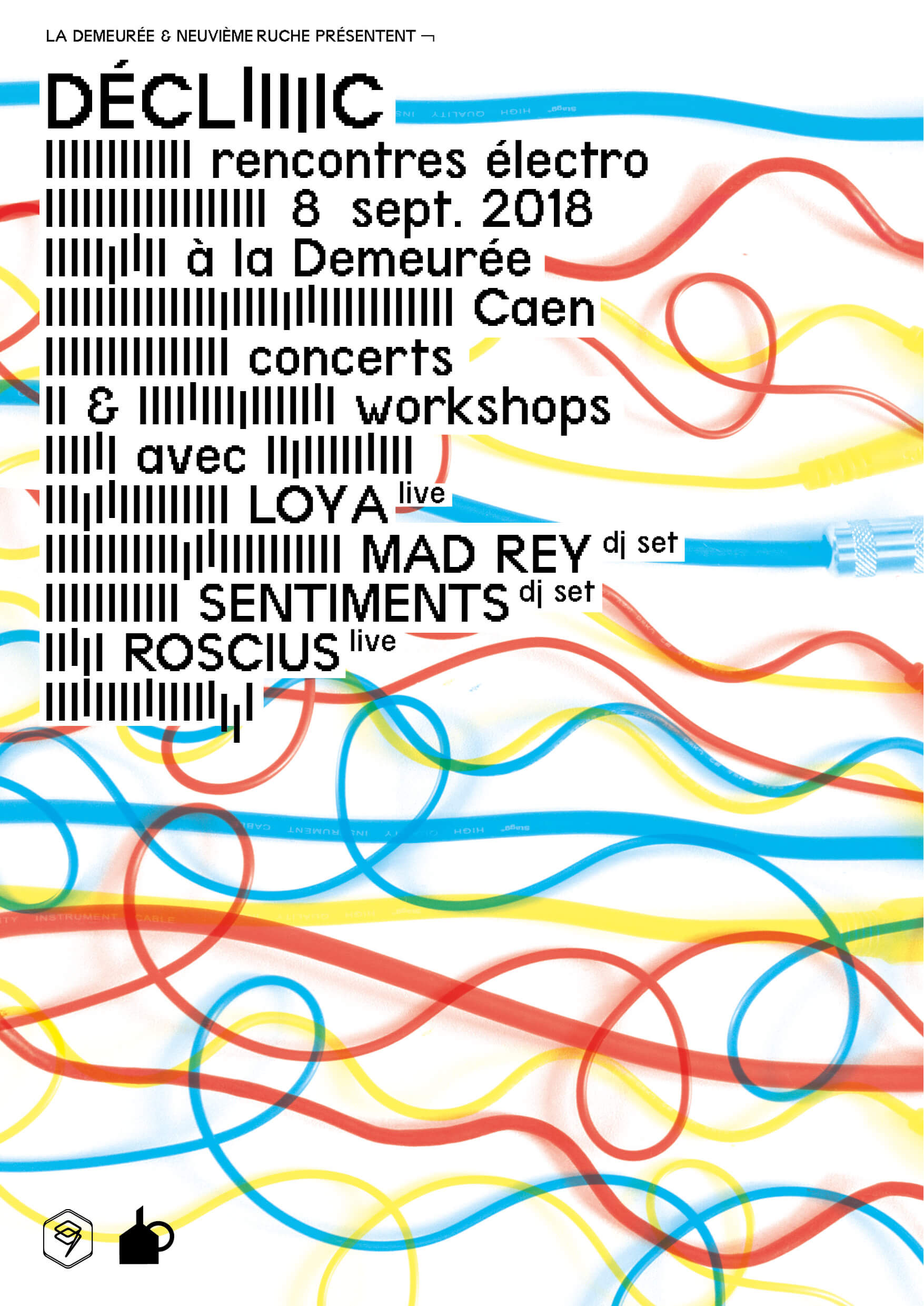 A garnished newsletter about Pang Pang latest journeys. In this issue, we will talk about Jacques in Asia, the Psychedelic Rock Show and DÉCLIC, a new electronic music festival at La Demeurée.

We just landed in Hong Kong with Jacques, this is the first stop of the Asia Tour part 2. Jacques will play at Sonar HK tomorrow, March 17th at 3pm30 on Sonar Village stage. I also invite you to come at 1pm to Sonar +D where he will have a talk about inspiration, mental attitude and improvisation at different levels of life, the kind of subjects he has a deep interest in. 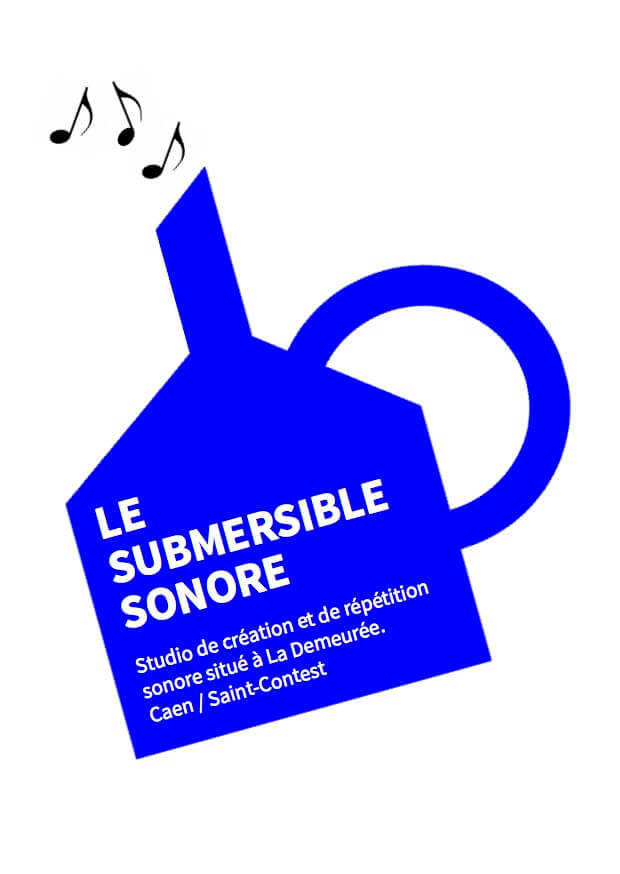 Let’s start by wishing you all the best for 2018, Happy New Year!

Pang Pang has been pretty silent after the Chui Wan Europe Tour 2017 last September. I was busy on other projects that I want to share with you now!